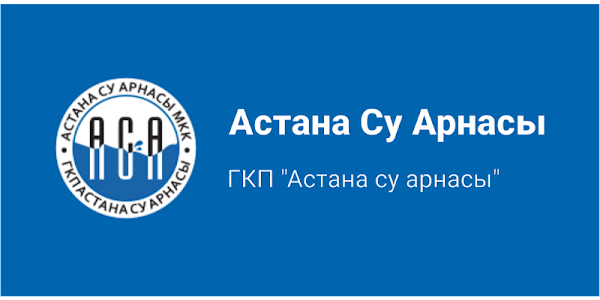 Right Bank of the capital. In the depths of the "Astana su Arnasy" building there is a special room behind many corridors and stairs – a strategic object.

It is hidden behind an iron door with a special opening mechanism. Outsiders to the entrance is prohibited, this is followed by several surveillance cameras, the review of which is available only to units.

Despite the fact that the object is heavily guarded, on the front door here hangs a good picture of Santa Claus with a gift in his hands and the inscription "Ho-ho-ho". Because people working here, as well as all Kazakhstanis, are waiting for the holiday, but they will have to meet the New year 2019 in the service.

Correspondent informburo.kz I looked behind the scenes and figured out how one of the most important life support systems of the capital works.

In the Central dispatch engineering networks of Astana around the clock employs a couple dozen people: they are always watching the water supply of the million city. In Soviet times, the location of such objects was classified. And now, part of the work of this Department is under the protection of the law "on state secrets".

In two small offices each corner is decorated with symbols of the coming year. Here and a snowman of plastic cups, and the most important attribute – Christmas tree, hung with colorful toys and garlands.


In the center is a long table, and on the wall of six large monitors, which displays a map of the city, graphics and other information. At the table sits the operator. It receives applications for breakthroughs, open wells and other accidents. Next to him is the Manager. He coordinates and controls the work of the brigades.

The chief engineer of GKP "Astana su Arnasy" Indira Rahimzhanova 30 years. She has a diploma KazNTU named after Satpayev. According to her, a small state service is responsible for water supply in every house of the capital.

"We monitor everything – what water is supplied to the city, to whom and to what extent it reaches, what pressure, Sewerage, its level and so on. We have three lifting stations. The first – Vyacheslav reservoir, the second-pump and filter station, and the third - water station, which is located at each house. And we control all these processes. Since the water supply to the city, " she says.

Water in" Astana su Arnasy " comes at a speed of 38 meters of water column. Then it is distributed over the areas taking into account topographic marks, pipe diameter and many other factors.

"In the evening, the water intake increases and the pressure drops. And at this point, the load on the hydraulic mode of the city increases. Therefore, we have to work daily on the stability of water supply in each district of the capital. We also work out the incoming applications and complaints: specify the location and nature of the problem, send teams for examination. The work is quite hard. Recently, there were severe frosts in Astana, but we went around the clock on applications, worked on the street, frostbitten hands, but performed our duties," Indira Rakhimzhanova said.

The work of the dispatching service is automated, but without people, according to the chief engineer, everything will stop here. For example, if a well is open somewhere, then a specialist receives not one, but several appeals. And the task of the operator is to in a very short time to process all applications and find out the category of danger, the exact address of the failure and transmit all the information to the dispatcher. He, in turn, coordinates the work of the survey team, which is installed on the car GPRS.

"The main thing for us is efficiency. We're the first to go to the scene. And if it is a small impulse, then this problem is solved instantly. But if the accident is serious, then the construction team is called, which is engaged in repair," the chief engineer shared.

Rakhimzhanova notes that if earlier on execution of the request for an open well according to temporary standards three hours were given, now only 60 minutes. At the same time, two teams go to the place: sewer and water supply. Each of them carries with them hatches and all the necessary tools for repair.

A separate and serious problem in the work of the service are false calls. They spend a lot of time, as the team needs to examine all the wells in the area to make sure the applicant's error and pass the information to the dispatcher.

"Now it has become a little easier to work. Previously, all consumers turned directly to the operator. And often had to deal with rude and sometimes aggressive people who could offend and scold. Now all applications come to iKomek, and after processing to us. thanks to this work has become much calmer. The operator processes the application, applies photos that the problem is resolved and reported. That is, now everyone is busy with their work, so everything is done much faster and better," she said.

New year at work is celebrated by four people: operators and dispatchers for water supply and Sewerage. Also staffed by two teams of five people and a master who monitors their work. What atmosphere reigns in this period tells the operator Kalamkas Zhilkibaev. She has been working in this service for more than 10 years.

"I already several times found myself in the night shift for the New year. Once at almost midnight I had to send a brigade on request. The guys then said: "I Could not at least 12 nights to send on departure, wanted to see the congratulations of the President." But there's nothing to be done. We laugh, of course, but we go. Work comes first. Once the guys went to an open well. After doing all the work, sculpted on the lid of the snowman and sent us as a report on the work performed, as a greeting card. In General, we have a fun. Have some fun," concluded Kalamkas Zhilkibaev.

According to the rules, the duty officers can not leave the place of work for more than five minutes, so the festive table is served directly in the operational center. For this purpose all conditions are created: in the room there is a kitchen equipped with everything necessary.

"At midnight we congratulate each other, the children from crews who as well as we are on duty. For me, the best New year is when the duty is calm, there are no major accidents, only small leaks. When residents are happy and no one calls, and this becomes a joy to the soul. Sometimes, that somewhere is a breakthrough, and all night we have received the application, and on the one hand congratulated and, on the other scolded. Anything can happen," added the statement.

Despite the importance of their work, people here are smiling and friendly. They like all prepare for the holiday, but the most important thing for "Astana su Arnasy" is the atmosphere. The ideal New year, according to employees, is when on the night of December 31 to January 1 in the city there are no problems with water supply, when every resident of the capital does not feel discomfort due to the lack of a source of life-water.